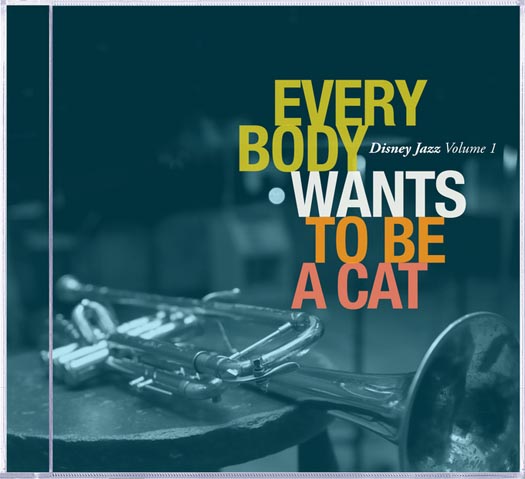 Bassist Rene Hart brought in this arrangement for us to record as part of our contribution to the Disney Jazz release (Feb 2011) “Everybody Wants to be a Cat”. Rene and I have played together for years and he knows my vibe and what I most have fun playing on. This version was set up perfectly for us, The Mark Rapp group, to dig in and do our thing and just have fun playing some cool music.

We basically had one rehearsal and all of us gave small inputs and in the studio, GRAMMY-winning producer Jason Olaine even stepped in with a few choice ideas on it as well. It was a blast recording this tune.

Some critics out there love the direction while others have turned their nose up at it. Personally, I think its a great number and works brilliantly with the album’s concept.

“Circle of Life” is a song from Disney’s 1994 animated film The Lion King, composed by Elton John with lyrics by Tim Rice. It was sung by Carmen Twillie (female vocals) and Lebo M (opening isiZulu vocals) in the film as the opening song, and Elton John also sang a pop version with the London Community Gospel Choir which was included in the film’s soundtrack and made into a music video. It was nominated for the Academy Award for Best Song in 1995 together with two other songs from The Lion King: “Can You Feel the Love Tonight” and “Hakuna Matata”. “Can You Feel the Love Tonight” won the award. The song reached #11 in the UK and #18 in the US.

More on Elton John can be found:
official web site