Warning: Trying to access array offset on value of type bool in /homepages/22/d345548111/htdocs/markrapp_site/wp-content/themes/Divi/includes/builder/functions.php on line 2583
 Disney does Jazz: Everybody Wants to be a Cat - Mark Rapp

Disney does Jazz: Everybody Wants to be a Cat 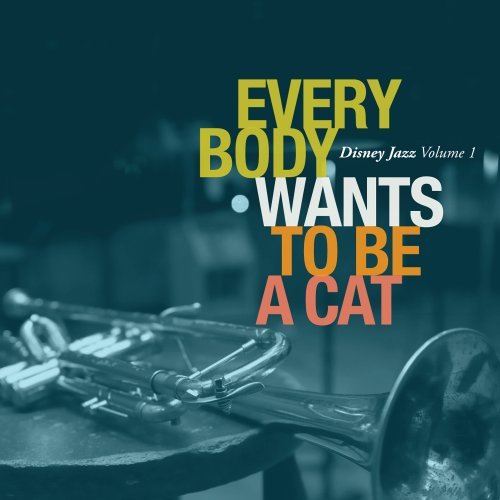 Disney Jazz Volume 1: Everybody Wants To Be A Cat (Feb 2011) includes Disney classics, as well as, more contemporary Disney hits, executed in a range of styles from straightahead to experimental. Below is the tracklisting for the album:

“It’s a tremendous honor to be a part of this recording and to stand alongside such great and notable musicians. I love that Roy Hargrove opens the record and it’s very cool that my track is closing the record. Another serendipitous touch is the cover features my trumpet!” – Mark Rapp

Given Walt Disney’s fondness for jazz music dating back to the late 1920s and early
’30s, it’s no surprise that many artists in subsequent decades recorded interpretations of popular songs associated with his film’s soundtracks. Some of the songs, such as “Some Day My Prince Will Come,” from 1937’s animated film Snow White and the
Seven Dwarfs, became Great American Songbook standards thanks to jazz artists
using the tune as a platform for lyricism and improvisation. Disney music fans over the
years included Bunny Berigan, Artie Shaw, Glenn Miller, Louis Armstrong, Dave
Brubeck, Miles Davis and John Coltrane. The embrace of Disney’s musical legacy
continues with a compilation of newly recorded songs, Disney Jazz Volume 1:
Everybody Wants to Be a Cat, which will be released by the Walt Disney Records
imprint, Disney Pearl Series on February 15th.

Produced by Jason Olaine and engineered by Joe Ferla, the vibrant 13-song collection
features sublime performances by a who’s who of contemporary jazz stars and up-andcomers including The Bad Plus trio, saxophonist Joshua Redman, trumpeters Roy Hargrove and Mark Rapp, pianist Alfredo Rodriguez, guitarists Kurt Rosenwinkel and
Gilad Hekselman, violinist Regina Carter, bassist/vocalist Esperanza Spalding, and
vocalists Dianne Reeves, Roberta Gambarini and Nikki Yanofsky. One of the first artists
to sign on to the project, the dean of jazz piano Dave Brubeck, who recently turned 90
years old, delivers two tracks, including “Some Day My Prince Will Come” and “Alice in
Wonderland,” a trio date featuring Gambarini on vocals.

The title of the album comes from the song “Ev’rybody Wants to Be a Cat,” from The
Aristocats, which is given an upbeat, grooving treatment by Hargrove’s quintet. The
song serves as the fitting leadoff track.

The genesis of Disney Jazz Volume 1 began two years ago when Olaine was asked to
assemble today’s best and brightest musicians to render a Disney classic in whatever
arrangement and style they chose. Olaine was given an astounding 600 songs to work
with, ranging from legendary films (animated classic gems such as Lady and the Tramp
and feature films like Mary Poppins) to scores for newer animated hits including Toy
Story and The Lion King.

“I wanted to get a group of people together who would represent the many styles of
jazz, such as getting The Bad Plus for an adventurous take, Regina Carter for a world
music-oriented rendering and Joshua Redman for a well-rounded sound,” says Olaine,
a former A&R rep for Verve Records and booker for George Wein’s jazz festivals as well
as the San Francisco jazz club, Yoshi’s. “We wanted to get the breadth and depth of
what jazz is, as well as represent the generations of players, ranging from Dave
Brubeck, who recorded a full album of Disney music, Dave Digs Disney, in 1957, to
Nikki Yanofsky, who’s still a teenager.”

Olaine notes that he was not only given carte blanche on his choice of artists, but also
free reign with how each performer wanted to present a particular song. Most of the
album was recorded in New York at Avatar Studios. “It was short of miraculous getting
everyone together to record within a week’s span,” Olaine says. “We worked with a
couple of artists each day. They brought in their arrangements, some of which were still
being worked on at the last minute, and we recorded various tracks.”

Other recording sessions took place outside of New York because of conflicts in schedules. Redman’s rendition of “You’ve Got a Friend in Me,” written by Randy Newman for Toy Story, was recorded at Yoshi’s in Oakland before one of his sets. Yanofsky recorded “It’s a Small World” in her native Canada, Rosenwinkel used a German studio to render “Free the Birds (Tuppence a Bag)” from Mary Poppins, and
Rodriguez contributed his arrangement of “The Bare Necessities” from The Jungle Book
in a Los Angeles studio, with his mentor, Quincy Jones, producing.

Writing in the album liner notes, Ashley Kahn praises the top-drawer prowess of the
performers: “It’s exceedingly rare that one finds this range of talent on one jazz album. If
one desired an accurate measure of today’s scene in all its flavors and formats, here it
is on one disc.”

Kahn concludes his notes by writing that all the diverse jazz action playing off Disney
songs “amounts to an intoxicating celebration of sound, lyric and melody that again
proves how effectively these melodies serve as canvases for improvised magic. Disney
and jazz?…They’re old friends. Two cats who were destined to swing together from the
start.”

Order your copy on Amazon.com