Columbia, SC, Feb 20th, 2018:
On Thursday, February 8th, during the morning legislative session, House Representatives Kirkman Finlay and Beth Bernstein presented jazz trumpeter Mark Rapp with the framed resolution naming him jazz ambassador of Columbia and the State of South Carolina. This is the same resolution which was presented to the late, great saxophonist, Skipp Pearson. House resolution H. 4623 states, “Whereas, unquestionably a selfless and persistent promoter of all things jazz in South Carolina and of South Carolina jazz in general, Mark Rapp demonstrates an inspiring dedication to his music and a passion for sharing his knowledge and skills. The House of Representatives, proud of Mark’s achievements and goals, takes great pleasure in honoring him and wishing him much continued success in the days ahead. Be it resolved by the House of Representatives: That the members of the South Carolina House of Representatives, by this resolution, celebrate Columbia’s Mark Rapp, master jazz musician, composer/arranger, and teacher, for his many accomplishments and salute him as a tireless ambassador of jazz for the City of Columbia and the State of South Carolina.” 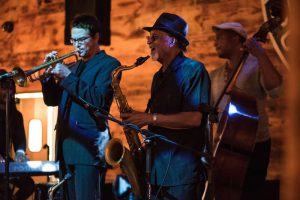 Mark responded to the designation thusly, “I am humbled and excited by this recognition. It not only reaffirms the foundations which Skipp Pearson built, but acknowledges my genuine dedication to the work of growing and serving our jazz community. I see our capital city as the cultural hub for the best in the arts and jazz; a State I want to lead by example and show when the arts thrive, so do the people.”

Bert Ligon, Director of Jazz Studies at the University of South Carolina said, ”The tenacious and enthusiastic Mark Rapp helps bring attention to local jazz artists promoting area jazz events and he also brings world class artists to town like Wess “Warmdaddy” Anderson, Delfaeyo Marsalis and Columbia’s own Chris Potter. USC Jazz is excited to partner with ColaJazz for our annual summer jazz camp, hoping to give students of all ages the chance to experience playing jazz and developing their voices.”

Mark Rapp launched a successful ColaJazz camp with USC School of Music, bringing in GRAMMY-winner Delfeayo Marsalis as the master clinician. Mark also conceptualized and produced the first ColaJazz Festival in partnership with the Music Farm bringing in 3X GRAMMY- nominee and Columbia-native Chris Potter, longtime Wynton Marsalis sideman, Wess “Warmdaddy” Anderson, and featured a large group of local musicians. It was a sold out success. Mark is responsible for bringing to the capital city famous, internationally known and respected jazz artists.

Musician, educator and recording artist Reggie Sullivan said, “I really enjoyed being a featured artist on the ColaJazz Festival, but even more than that, I’m so happy that so many people had a chance to hear world class jazz music on a Saturday night in Columbia, SC. The ColaJazz Festival at the Music Farm was the best place to be that night! Thanks Mark Rapp and ColaJazz. Keep pushing the limits!”

Mark, in partnership with Paul Bodamer of Jangly Records, produced two compilations CDs, which gave artists free studio time and created a perfect vehicle to showcase our capital city’s amazing jazz talent. The first CD garnered national press in the AAA Magazine and eventually progressed into making Skipp Pearson’s “Conversations in Jazz” CD – one of his last recordings. Mark also created a plethora of gigging opportunities this past year for local jazz musicians to help grow the jazz community as a whole. 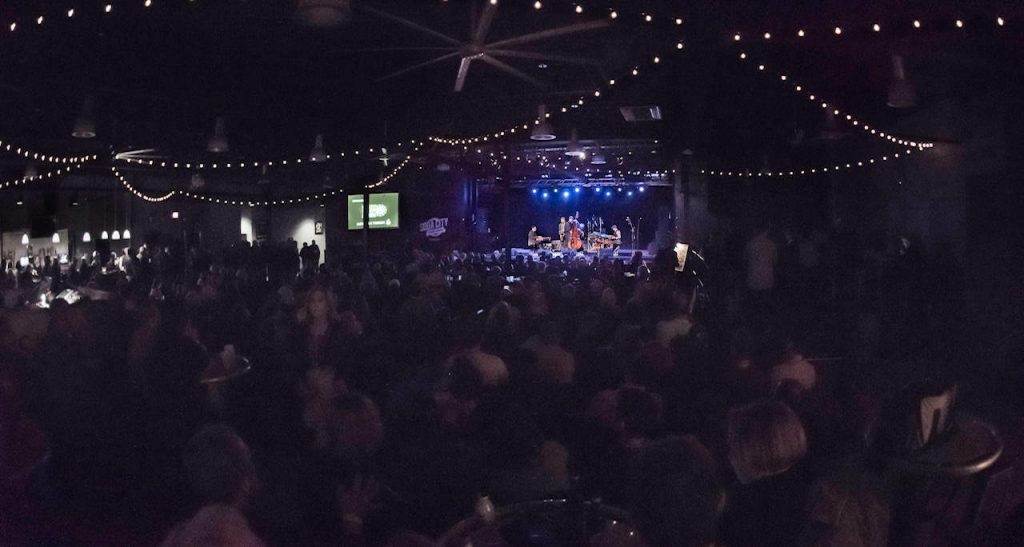 Mark says, “My mission is to grow, elevate and expand the jazz community in and around Columbia, SC through recordings, events, and education, creating a thriving scene for both the artists and our audiences. I’m determined to enrich and advance the lives of our citizens and the culture of our communities through the wonderful art form of jazz.”

The House Resolution goes on to list Mark’s many accomplishments and his impressive resume including:

•2016 Jasper Artist of the Year award and a Freeway Music Teacher of the Year.

•His jazz composition “Water Be Still,” which honors the flood victims of SC, was featured on National Public Radio. This brought national attention back to Columbia and ongoing recovery efforts.

•Created the ColaJazz initiative to grow and promote Columbia’s jazz scene and artistic culture. He also designed and launched colajazz.com. For the first time, the Midlands has a dedicated site highlighting jazz artists and performances in and near Columbia.

•Various concerts and jazz workshops around the world including Natal, Joa?o Pessoa, and Brasi?lia, Brasil; NYC, California, to schools around South Carolina.

•A special guest appearance with the Chapin High School Big Band and a summer of Saturday evening performances at a local venue Tap It raising money for the band.

•Two ongoing weekly gigs at Pearlz Upstairz: with his quartet on Thursday night and the Soda City Brass Band on Friday playing original, modern, and New Orleans-style jazz. Local and visiting jazz musicians often sit in.
•He also performed as part of the Summer Sets Jazz Series at the Township Theatre and 701 Whaley and the locally produced Woodshed Archive Series (woodshedarchive.org).

•Had his composition and video “Cecil” picked up and used by The Wildlife Conservation Research Unit to support their lion conservation and animal rights cause. It screened at an international conference at Oxford University

•Created and produced his jazz ballet “Woven: Life in Notes and Steps” (wovenballet.com) with choreographer Stephanie Wilkins through funding of MTC Harbison Theatre’s Incubator Program. He then brought it to the North Carolina Presenters Conference and he and Wilkins also presented ballet excerpts at a Columbia Museum of Art Gala.

•Recorded the jazz etudes for the South Carolina Band Directors Association, which students use as a reference to prepare for their All-State auditions.

•Partnered with Freeway Music and Delaney’s Music Pub in 2016 and 2017 to produce a biweekly jam session where musicians of all levels inspire one another, learn, grow and play jazz in a public setting.

—-
For more information, festival photos, press shots or anything else, please contact us.