Music in New Orleans: return visit for a local trumpeter

Thanks to music writer Keith Spera for this wonderful mention on Nola.com!

On Friday, June 12, the options for live music in New Orleans include a classic rock band, a classic comedy duo and a return visit for a local trumpeter.

While earning a masters degree in jazz studies at the University of New Orleans in the late 1990s, trumpeter Mark Rapp put his theories into practice with Quintology, the New World Funk Ensemble and the Flavor Kings. Since graduating in 2000, he’s lived and performed around the world, released four albums of his own, and collaborated with the United Nations Symphony Orchestra, Branford Marsalis, Wycliffe Gordon and Darius Rucker, among others. He’s back in town for his first local gigs in 15 years. At Snug Harbor tonight, he’s joined by renowned saxophonist Wess “Warmdaddy” Anderson, a longtime member of the Lincoln Center Jazz Orchestra, along with his former Quintology bandmate Charlie Dennard on keyboards, and drummer Brendan Bull. They’ll play selections from Rapp’s 2011 CD “Good Eats,” which explores the catalog of modern jazz composer Sweet Papa Lou Donaldson. 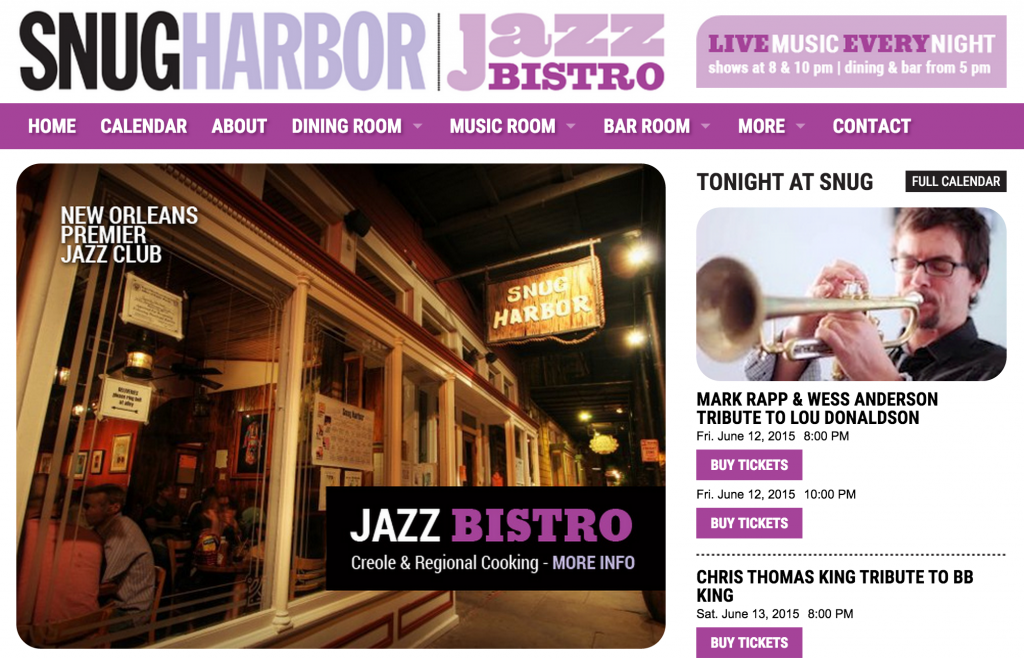