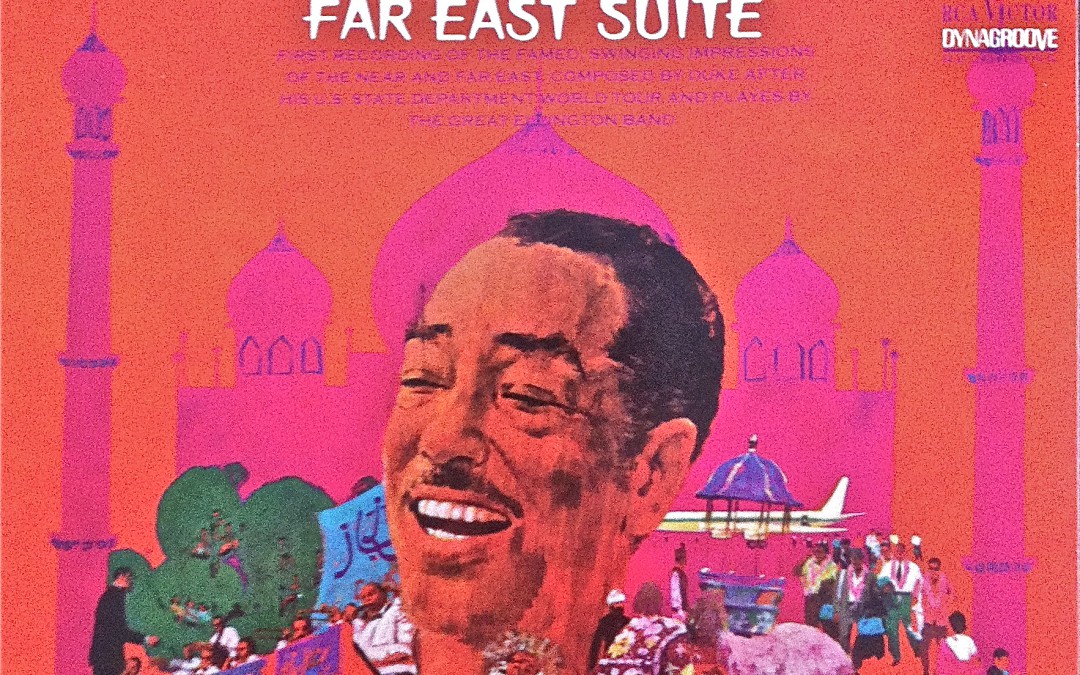 This arrangement was either loved or disliked by the critics – there was no in between. Those who liked it, enjoyed the night and day differences and originality of the work. Additionally, it was with honor and gratefulness, I received the news the official Strayhorn Estate LOVED it! It often doesn’t work well to take a ballad and simply speed it up. This particular reworking fits so well over the faster, minor, modern groove it really became its own song. And that is the beauty of arranging – making it your own.

The Far East Suite is an album by Duke Ellington and his orchestra, recorded in New York City on 19 December to 21 December 1966. The nine compositions on the original album were all composed by Ellington and Billy Strayhorn. In early 1964, while on tour in England, Ellington and Strayhorn performed four pieces of music for the first time (“Mynah”, “Depk”, “Agra”, and “Amad”), which they called “Expressions of the Far East”. By the time of the recording sessions in late 1966 Ellington and Strayhorn had added four more pieces. One, the latter’s “Isfahan” was formerly known as “Elf”, and had in fact been written months prior to the 1963 tour. Ellington very rarely performed the pieces that made up The Far East Suite. “Isfahan” later became a jazz standard.

More on Billy Strayhorn can be found:
official web site