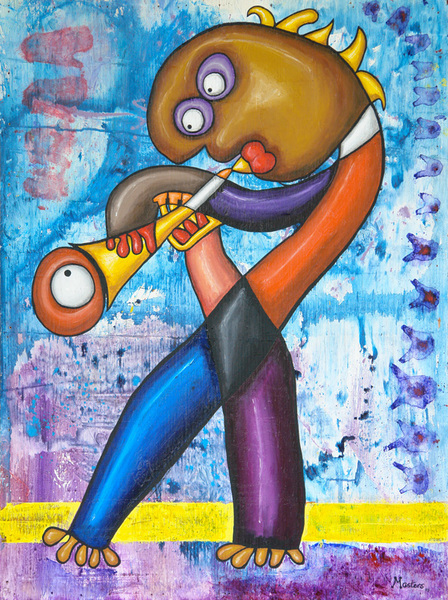 Just in time for Thanksgiving, jazz trumpeter and composer Mark Rapp launched a simple, but effective, web app to spread the feeling of thanks and gratitude. It features an original composition by Rapp appropriately named “Thank You” which was recorded and released on the trumpeter’s debut CD “Token Tales” (Paved Earth Music, 2009).

You can enjoy the presentation as-is, download the MP3 for free, or the cool feature is how you can customize the text, then quickly and easily share your personalized message. The sharing capability is powered by Facebook’s new Share Button which allows the user to send their unique “Thank You” message to one friend, to many or even all of their friends on Facebook. You can also email the link and use it anyway you wish or choose from a selection of social networks with the buttons provided.

Rapp is no stranger to utilizing web technology in unique and innovative ways. The Song Project, a group co-led with guitarist Derek Lee Bronston, was created by the two emailing across the Atlantic ocean individual mp3 tracks which they recorded on GarageBand, discussing and sometimes creating in the moment via Skype and iChat. In using current technology, they were able to effectively develop and rehearse to the point they became an active, working jazz group out on the scene. They have played the Blue Note Jazz festival to Carnegie Hall.

The Song Project also released an industry first “Applum”. The Applum was coined and created by Derek Lee Bronston and was used to release the duo’s debut offering called “Art of the Song, vol. 1”. It was the first new model of distributing and presenting an album solely through an iPad app. It is a complete multimedia art piece that later, artists like Bjork, began doing similar things. Find out more on the applum: http://www.thesongproject.net/the-applum/